Featuring characters from Blazblue, Persona 4, Under Night In-Birth, and the most surprising addition of all -- Rooster Teeth Production's popular action web series RWBY -- one can only hope Blazblue: Cross Tag Battle is as satisfying to actually play as it is inherently bizarre as a crossover game. 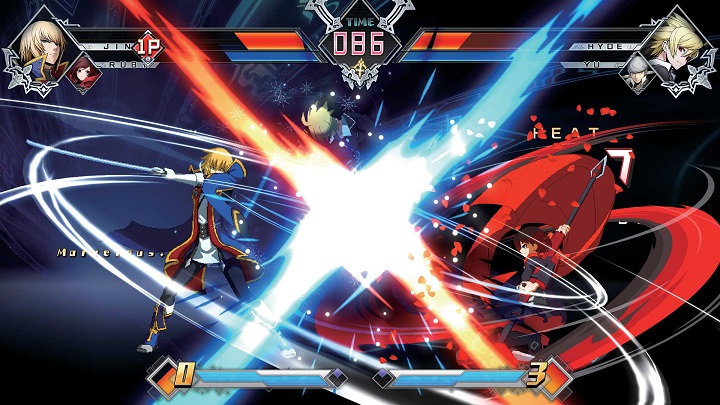 With such a broad selection of characters, the immediate concern is how daunting it is mechanically. Weirdly enough, Blazblue Cross Tag Battle may be Arc System Works' most approachable fighter to date, even with the strides in accessibility that Dragon Ball FighterZ made earlier this year and Persona 4 Arena before it.

Everything from button mash-friendly auto-combos to extremely simple button inputs being no more complex than a quarter circle motion, as well as two button reversals like in P4A more than considerably help lower the execution barrier. Blazblue Cross Tag Battle goes a few steps further than that, however, including little details such as your character automatically trying to close the distance themselves when you input a grab command, leading to far less missed throws.

If anything, anyone who has played Blazblue, Persona 4 Arena, or Under Night In-Birth may feel like they have a larger learning curve here than those who have not.

The reasoning for this is that most of the characters in this game originally come from four-button fighters while Blazblue Cross Tag Battle primarily relies on two for most attack strings (before getting into tag commands and the "Clash" button, at least). So, in addition to potentially unlearning years of muscle memory, it can lead to many characters feeling quite foreign due to their much more limited movesets.

Personally speaking, I found myself gravitating towards characters I had very little experience with before, or outright new ones like members of RWBY, because of how odd it felt playing once familiar 2D spites. 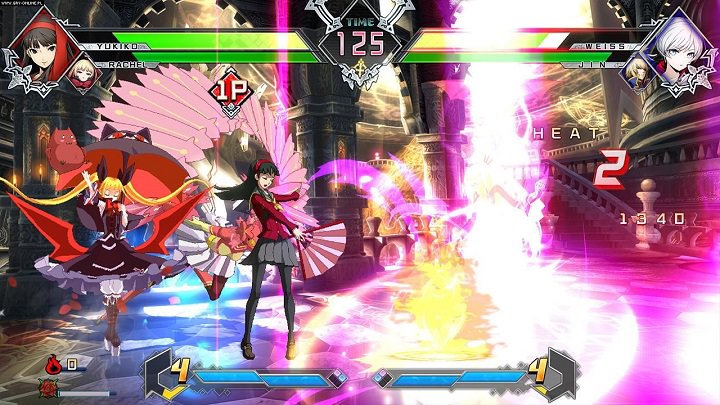 Of course, at the end of the day, Blazblue Cross Tag Battle is a team-based fighter and the synergy between character pairs is arguably more important than being decent with any one fighter. A good assist, for instance, can give slow/short-ranged characters like Azrael the opportunity to easily close the distance.

To put this into practice even more, Blazblue Cross Tag Battle clearly borrows many mechanics from Marvel vs Capcom like its own version of push blocking, DHC cancels (changing characters mid-super), and its equivalent of X-Factor to dramatically power up a character when their own ally is knocked out. However, there are a few extra tools in Cross Tag Battle that allow much more combo creativity due to its distinct tagging options. Players can switch characters during normal ally assists or the craziest tag feature of all which involves the "Cross Combo" mechanic that has one's second character on-screen at the same time and perpetually attacking, allowing for some truly devious pressure and combo potential for a brief moment.

It is truly impressive just how much free reign players are given with the tag mechanics, both offensively and defensively, making the initially easy-to-approach mechanics for newcomers also appetizing for far more seasoned players with its potential depth and enjoyable yet frenetic combat.

Those that do not necessarily want to overload their brains with systems can veer into a much more straightforward environment, like the game's visual novel-style story mode. The story by itself is hardly special as it basically revolves around the many characters being taken from their world and the mastermind behind it forcing them to battle others in hopes to return to their own.

In spite of this simple setup, Cross Tag Battle does a great job at being fully aware that it is a crossover game and never takes itself too seriously. There is a lot of fun, self-referential writing regarding each respective franchise and it is entertaining to see unlikely character interactions with one another, such as Ruby fangirling over the bizarre weapons of much of the cast, for example. From an English localization perspective, they go the extra mile for quality, such as having nearly every Persona 4 and Blazblue voice actor reprise their former roles, which is a nice nostalgic touch. 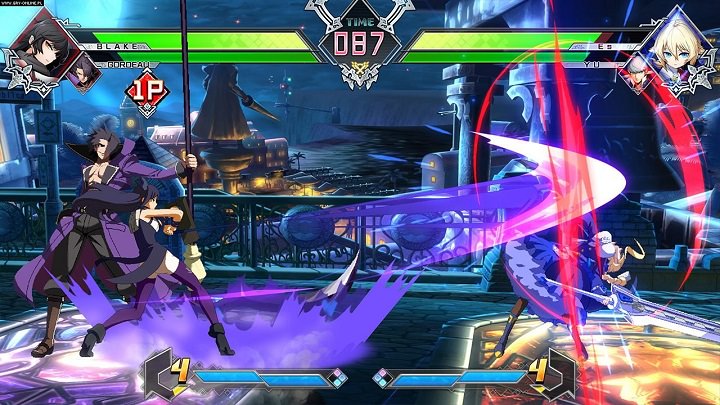 Unfortunately, the story mode does frequently serve as an unpleasant reminder about the game's tacky approach to DLC as well.

Many characters that appear in the story are outright unplayable in the base game, and with nearly half of the roster locked behind a paid DLC pass, it makes what is supposed to be a discounted fifty dollar game on paper closer to seventy dollars in actual practice.

And frankly, it is especially hard to ignore when Persona 4, Under Night In-Birth, and RWBY characters have four characters or less to play as in the initial twenty roster. Though, in fairness, Arc System Works has made an effort to make sure at least the two extra RWBY characters Yang and Blake are free, and I'd be lying if I did not say that Blake Belladonna is probably my current favorite character to play in the entire game... despite me knowing next to nothing about RWBY as a series.

The rest of the gameplay feature set is quite standard when compared to Arc System Work's most recent titles. There is the typical training, VS mode, survival, as well as a fairly insightful tutorial that teaches the gameplay systems in addition to character specific nuances, which are incredibly welcome. The same applies to the online lobbies that allow players to roam around in cutesy character avatars and challenge other in sixty-four player rooms, and it is still as endearing as ever. Plus, a fairly solid netcode (without the obnoxious rollback in various Capcom titles) helps its case too. 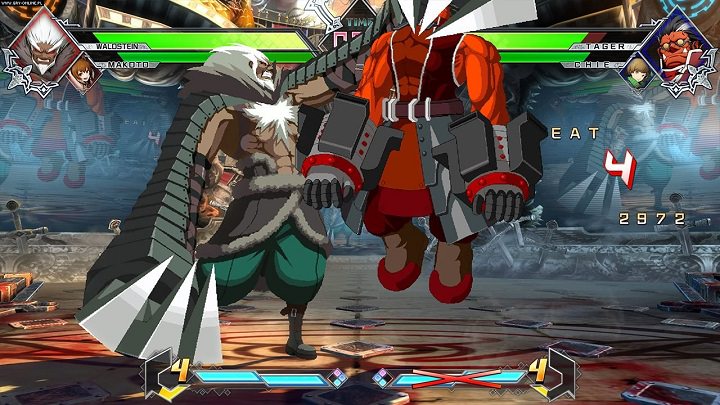 Blazblue Cross Tag Battle successfully delivers in crossover fanservice and as a hyperactive tag team fighter. A very low execution barrier, incredibly fast-paced action, and surprising depth to its many gameplay systems makes this truly bizarre mashup an entertaining time, regardless of one's inherent fighting game skill level. Yet, for everything it does right as a game, it becomes that much harder to shake the feeling of Blazblue Cross Tag Battle coming off as an incomplete package, especially regarding its character roster with so many playable characters clearly locked behind DLC.

If one can accept the distinct fine print required for the full package then Blazblue Cross Tag Battle should make for an enjoyable fighter despite how it "Can't Escape From Crossing Fate" with its intended audience through its questionable DLC business practices.

Blazblue Cross Tag Battle does quite a bit to provide a very accessible, yet deep fighter that is chock full of crossover fanservice but the stigma of its poorly handled playable character DLC unfortunately severely hampers it as a complete package.