As beloved as the original PS3 title Valkyria Chronicles has been, the series has since struggled to recapture the base of its former appeal. From smaller-scale PSP sequels, one of which remains unlocalized, to a spin-off that probably should not have existed in the first place, it was easy to draw the conclusion that the series was going to go out with an immensely disappointing whimper rather than a satisfying bang.

Yet, Sega decided to bring out the big guns by recently announcing Valkyria Chronicles 4 on consoles as if the series' missteps had never happened. Revitalizing not only the captivating sketch-like art direction, the series also brings back its unique take on the part turn-based/part real-time militaristic action at a large scope without the limitations of underpowered Sony handhelds. If that was not enough to bolster the fandom morale once more, Sega has beaten the nearly impossible odds by leading Valkyria Chronicles 4 towards a victory so grand that it surpasses even the original. 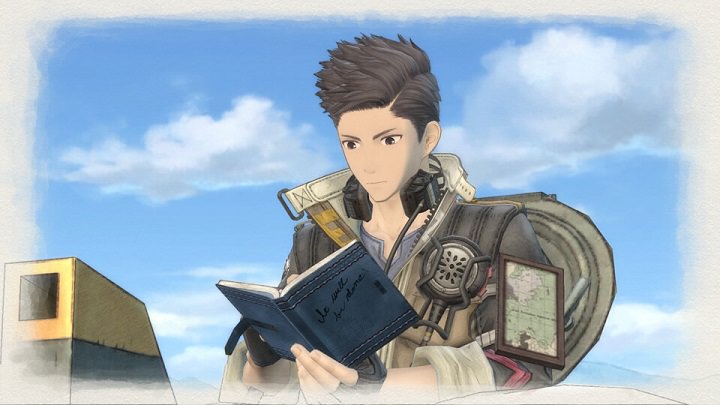 That may have sounded like a bold claim (because it is), but Valkyria Chronicles 4 takes an active command to prove its remarkable capability on a gameplay front. It is much more willing to treat players old and new like a skillful commander rather than an untrained cadet early on without being too daunting or heavy-handed.

From a gameplay perspective, it only takes a couple missions before it reestablishes most returning mechanics and classes from the original before moving onto entirely new ones. One new addition is the incredibly welcome unit grenadier. Essentially, grenadiers are extremely powerful long-range units that can easily knock foes out of cover or destroy turrets/pillboxes at a safe range. However, to function properly they require more nimble units like scouts to serve as spotters so they can pick off problem targets without their severe lack of mobility holding them back. Even old units bring a freshened up mix to encounters, such as Engineers now being able to revive units mid-battle or assemble makeshift ladders to gain a different means of approach to a particular stage.

There is a ton of care placed into just about every tweaked gameplay mechanic or distinct level. It is clear that Sega learned a lot while remastering the original game on PS4 a couple years ago.

A lot of the old AI exploits or dirty tricks (like scout rushing) are mostly gone and the tactical options are greatly increased as it progresses. One mission will have the player take out descending paratroopers/buying time to protect an out of commission vehicle at the same time while another totally different stage is about helping a friend cheat on a target practice test behind the scenes. Admittedly, though, there are a few missions that seem to be made with enjoyable gameplay variety in mind first (rather than actually being logically plausible), like firing sniper bullets at wooden signs to wordlessly (and perfectly) coordinate an ally mortar strike, so some suspension of disbelief is required. 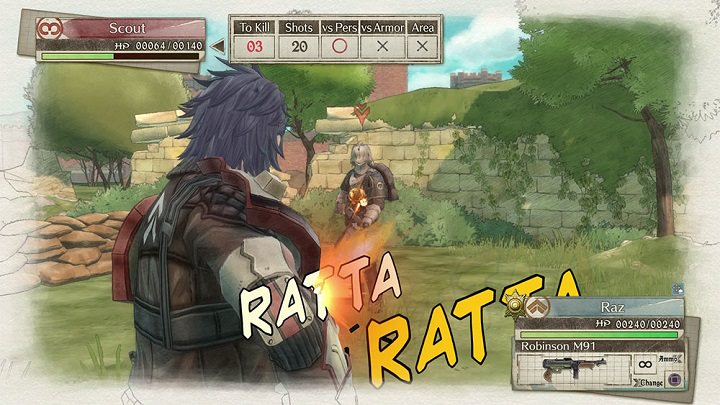 Let there be no doubt, however, that there is a serious emphasis on storytelling in Valkyria Chronicles 4. Previous titles in the series would delve into uncomfortable subject matter with surprising tact (namely the original), like the racism allegories involving "Darcsens", but rarely dipped above a PG-rating vibe regarding the overall storytelling or particularly nuanced characters. In sharp contrast, the fourth main entry is much more willing to challenge both its characters and storytelling.

The most impressive narrative feat of Valkyria Chronicles 4 is how it develops its characters.

As likable of a goofball as Welkin Gunther was, he and most other older characters rarely changed beyond their initial first impressions. That is very much not the case with the characters of 4 to the point where it is quite possible to dislike a certain character early in (Raz) & totally feel the complete opposite way about them by the end because of how much they change and mature (also Raz). A similar level of respect towards development was even placed upon the many non-main story playable units. It is not simply encouraged to keep them alive to prevent a Fire Emblem-ish permadeath, but also because there are some really endearing optional "Squad Stories" chapters that unlock if certain allies fight alongside each other long enough and is a smart incentive to change things up. 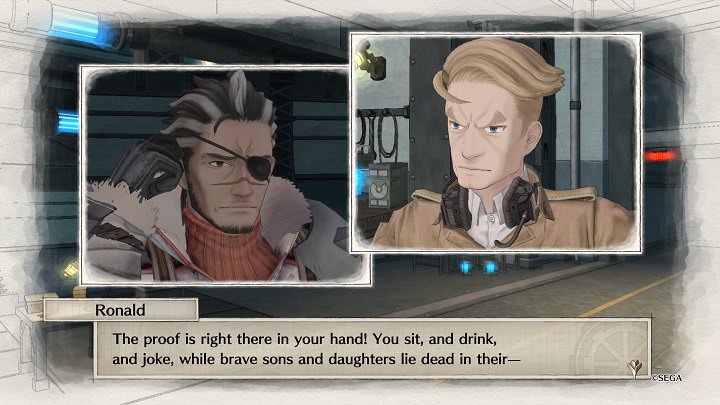 But perhaps the biggest means of change comes from the huge shifts regarding the main story's narrative tone. Early on, it has a lighthearted pace that is generally in line with Valkyria of the past, if not a little more juvenile due to a "friendly butt-tap between dudes!" scene, yet the latter half has story elements that are grim in a way that is almost unprecedented for the series. Despite not always being elegant in its execution it is as a whole much more grounded than earlier games when it comes to the storytelling. There is a greater emphasis on the mortality of its cast and the horrors/moral ambiguity during wartime that works much more often than it does not (complemented by some excellent English voice work)... even if aspects like main character Claude's ability to predict changes in weather veer into supernatural territory with their unbelievable accuracy.

Outside of storytelling, Valkyria Chronicles 4 is very much an iterative game, which is perhaps its biggest detriment for those expecting more sweeping changes.

Sure, the clever mission variety is really impressive, or how it smartly cherry picks features from Valkyria Chronicles 2 & 3 (that are barely referenced otherwise) like the ability to move multiple units at once, and it is even paced more briskly than prior games. Ultimately, though, it still operates within a very familiar overall framework in terms of leveling up units/tanks, gaining new weapons/skills, to how it utilizes the presentation (it is the same decade-old engine, after all) and the many re-used orchestral pieces. All things considered, though, these are minor nitpicks to an experience that otherwise more than satisfies what fans adore from the series, especially regarding the much more finely tuned and already excellent gameplay has become. 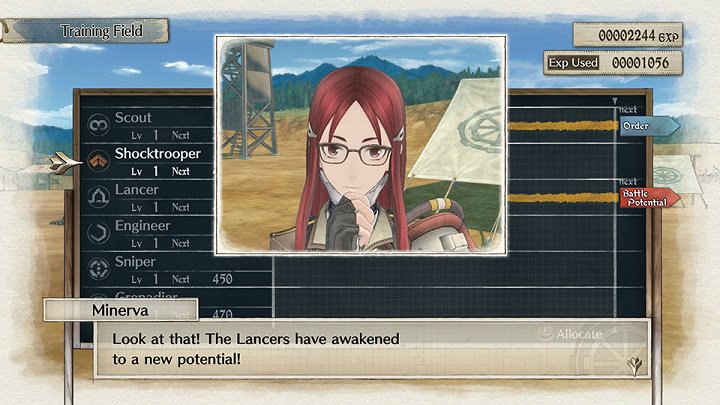 After many pleadings for a proper, fully-fledged Valkyria Chronicles sequel went ignored for years, it is hard to believe that the series would ever regain proper footing. But, here we are, a decade later, and Sega yet again took a nearly Sonic Mania-styled approach by being keenly aware of what fans wanted through stylish visuals and extremely satisfying/varied tactical gameplay, yet also reminding many fans why they loved the franchise in the first place in terms of spirit.

Valkyria Chronicles 4 is a series return to form in the truest sense. Even with certain creaks in age -- mostly due to playing it a little too faithful to the first incarnation -- Valkyria Chronicles 4 is mitigated by not only meeting the lofty expectations from veterans but even going as far as to exceed their prior accomplishments in the series as the potential best entry as a whole.

+ Completely nails what made people love the original Valkyria Chronicles so much from strategic, varied level design to the likable cast of characters

- The visuals/music are a little too faithful to the original Valkyria Chronicles, as it is very clearly using the same engine/most of the soundtrack from nearly ten years ago, making it feel somewhat antiquated

- Some huge narrative tonal shifts in the storytelling that can be rather odd at times, especially in its darker moments