After the many memorable twists and turns of the iconic Danganronpa series one would guess that the next project by many of its former key staff would strike at a similar gaming vein. And yet, that sort of assumption could not have been further off the mark.

Spike Chunsoft's newest title, Zanki Zero: Last Beginning, explores and experiments with much more uncharted territory by combining first-person dungeon crawling gameplay, survival systems, and the perpetual death and rebirth of its lead cast. To say it is a departure from their previous visual novel work would honestly be putting it lightly. 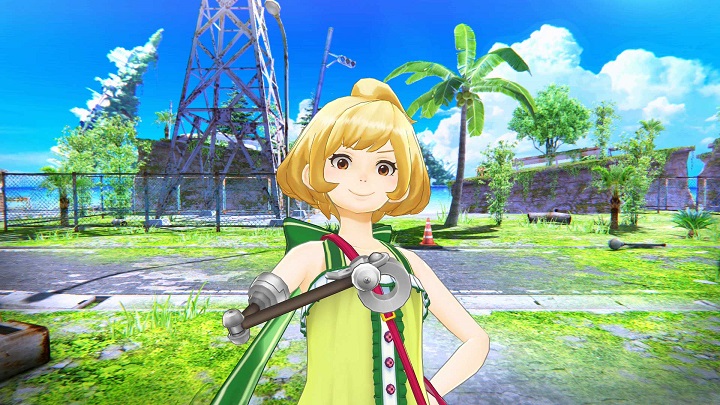 As cliche as this turn of phrase likely winds up being it is still more than tempting to say there is not really anything quite like Zanki Zero: Last Beginning as a game. Or, at the very least, it is the most unique first-person dungeon crawler in recent memory within a world where it is all too easy to compare to the highly-acclaimed Etrian Odyssey series, for better or for worse.

The most immediate way Zanki Zero establishes its distinct take on the subgenre is through its inherent story/premise. Despite its initial Danganronpa-esque setup, in which several adults find themselves with trapped on an abandoned island (with clear gaps in the memory in how they got there), the title quickly veers into much stranger territory. After the prologue sequence the lead cast of characters not only learns that they can be revived after even the goriest of deaths via an arcade-like "extend machine" to a literal child-like state once more, but also that they are all clones that age an accelerated rate to the point where they will die of old age in roughly two weeks time.

This odd narrative pretense is creatively implemented into nearly every facet of the game. Story scenes vary based on each character's current physical age, down to appearance and voice pitch, leading to many odd interactions throughout between the cast throughout as they try and figure out their current bizarre predicament. On a gameplay front, however, the aging mechanic becomes very much a variable to take into account as it directly affects combat prowess such as how quickly characters can attack to the ever-present worry of when one of them may simply die of old age while exploring. 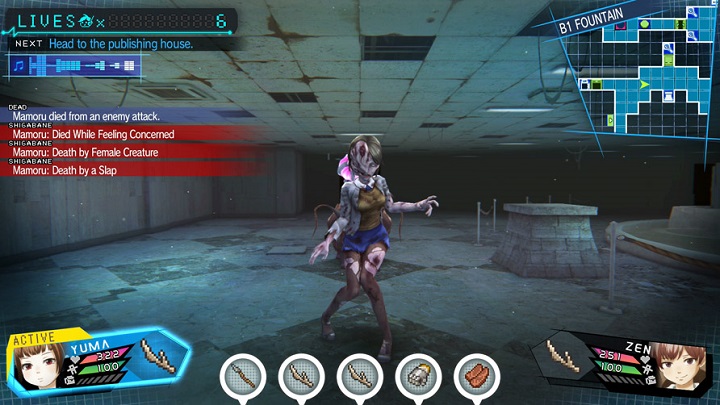 Perhaps more morbid than frequently dying of old age as a gameplay mechanic (if one can even live that long) is that dying in different ways, known in-game as "Shigabane", is highly encouraged as it is the primary means of strengthening your characters. For example, dying while being poisoned permanently increases one's resistance to toxin, and kicking the bucket as an old geezer permanently slows down the aging process entirely, and biting the dust while over encumbered permanently increases how much a character can carry at any one time. It is an intriguing system but admittedly becomes somewhat annoying on higher difficulties because so many enemies and environmental obstacles can more or less one-hit KO characters if one does not deliberately grind for different Shigabane in advance, despite being negligible on the lowest difficulties otherwise.

While a good majority of Zanki Zero's gameplay mechanics are in its addictive dungeon expeditions (and some creative environmental puzzles) in each story chapter, there are a few noteworthy systems outside of it. For instance, in the main island, hub players can build new facilities such as crafting benches for equipable gear, housing (which has a whole affinity system if certain characters share rooms enough), or even a creating working toilet. Still, it is a shame that, either due to wildly varying drop rates between the different difficulties or item information being obfuscated altogether at times (how was I supposed to know that "monkey adhesive" does not actually drop from the monkey enemies?), a lot of it is unlikely to be underutilized by the end. 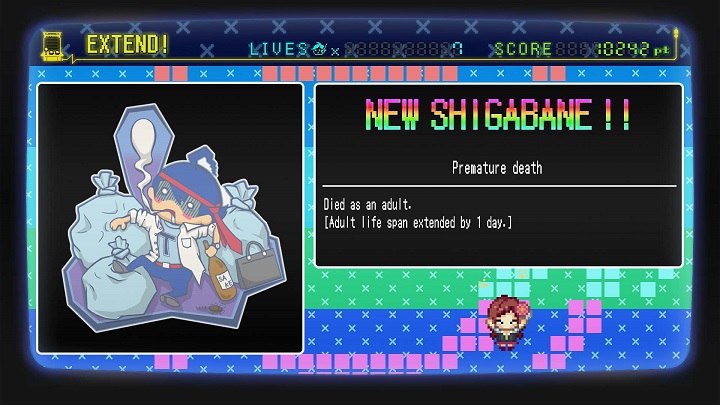 Regardless, the most disappointing aspects of the entire game are simply the gameplay or story elements that get underdeveloped in spite of the often engaging dungeon crawling. Like, players eventually get access to parasitic implants called "Cilione" that give characters unique skills for healing, attacking, or the ability to open new parts of the terrain, but are never really encouraged to be used that much due to the harsh penalty they inflict on overuse. It is a similar deal with a lot of other gameplay mechanics such as targeting/breaking enemy limbs or keeping up with aspects like the hunger/bladder meters as the necessity of either are nearly entirely decided upon if one is playing on the highest difficulties or not (which thankfully can be toggled between mid-playthrough).

Yet, the storytelling itself has even more unrealized potential. Despite having some intriguing character-focused vignettes each chapter that delve into some rather dark subject matter, the main story itself almost serves to contrast by unfortunately meandering a lot. Every other story chapter forces some shallow attempt at shock value and play upon the seven deadly sins motif, but is easily undermined by the fact the characters are, well, clones that can be revived upon death.

Plus, it really does not help that even the interesting flashbacks are setup by some truly awful mascot characters that put showcase's the games writing at its absolute worst with juvenile and tone deaf potty humor that thinks it is amusing. It is a shame that, regardless of the developer's Danganronpa pedigree, the storytelling of Zanki Zero is barely a noteworthy footnote in stark contrast to the much more engaging dungeon crawling. 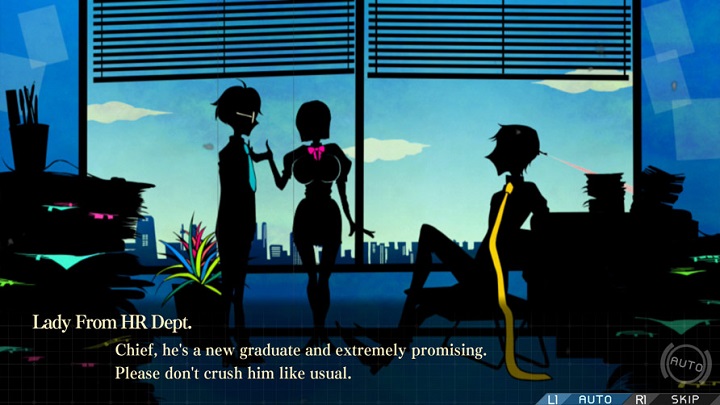 Zanki Zero: Last Beginning frequently bounces between both refreshingly unique to incredibly flawed all in the same breath. It plays with a lot of different gameplay systems going from surprisingly addictive dungeon crawling and level puzzles to survival mechanics that do not quite stand out as much as the game wants them to be. If anything, the title should be played more so due to its zany take on dungeon crawling RPGs than going in with preconceived notions of expecting something similar at all story-wise to the developer's prior work in Danganronpa, and that is perfectly fine.

+  Quirky overall personality and characters that have twisted backstories

- Those expecting it to be particularly similar to Danganronpa, or only care about the main storytelling, are likely to be disappointed

- Some underutilized gameplay systems like the base building or Cilione abilities

Zanki Zero: Last Beginning is a refreshingly unique take on dungeon crawlers that is only really held back by it not going quite far enough with certain gameplay systems or, more disappointing, its underutilized storytelling