2017 has been a rather generous year for visual novels. More importantly, if you are a fan of otomes in particular, they have not been in short supply. The otome-churning machine that is developer "Otomate" has released the likes of Collar X Malice, the (partial) enhanced port of Hakuoki: Kyoto Winds, and Period Cube: Shackle of Amadeus just this year. The newest addition, and what seems to be last on the English roll call list from Otomate this year, is the recent visual novel: Bad Apple Wars. Is the stylish Bad Apple Wars a visual novel worth biting into or should it be left to rot? 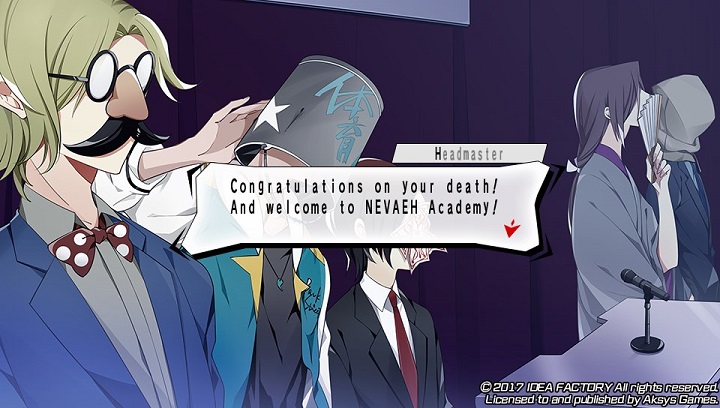 The setup for Bad Apple Wars is pretty well-worn territory for both anime and visual novels. Taking place in yet another example of a high school-themed approach to the purgatory concept, various young adults are whisked away just after their untimely death and are given the second opportunity at life in the bizarre "Nevaeh Academy." Or so, that's the belief. Nevaeh Academy rules are anything but clearly defined except for the ones in which students are expressly forbidden to break. This is where the clear divide between students arises where the "Bad Apples" are all too eager to break the rules in an attempt to live on and retain their identities, while "Good Apples" conform to the bizarre school life and try to properly graduate from the afterlife.

It sounds all good and well until you learn that there is actually not much variation between the two apple types from a story perspective in more ways than one.

Early on there is the narrative conceit of choice when choosing to become either a "Good Apple" or a "Bad Apple" which dictates which of the five character routes and "husbandos" to eventually woo. Except, spoilers (but not really): they almost all more or less tell the same story and eventually converge towards the Bad Apple side for one reason or another. It is honestly alarming just how many redundant scenes there are between every character's story because of the tunnel vision focus on breaking the seven main rules and how they need to try and justify how each male lead falls into it. Because of this, the title honestly has a tough time making any route, or its main characters, really stand out because of it. 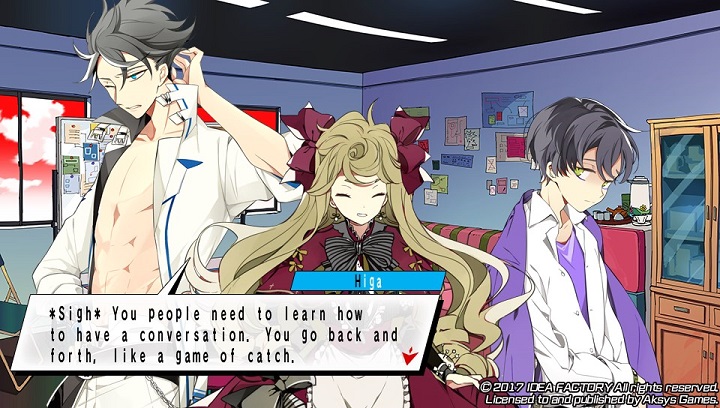 Bad Apple Wars has a lot of flaws in how its narrative is told. It is not only very derivative, bordering on plagiarism territory with its similarities to the many story devices and themes from the iconic anime Angel Beats, but it is also not that great at presenting what it attempts to do differently either.

One of the strangest aspects of Bad Apple Wars is that, despite the whole romance angle, the main heroine (Rinka) does not spend that much time with her romantic candidates.

You can chalk some of that up due to how Bad Apple Wars is not that long of a game for visual novel standards per story route. But I think the more apparent reasoning is how she generally spends an equal, if not greater amount, of time with supporting characters, which ironically feel more fleshed out than most of the would-be romantic candidates.This is both good and bad. On one hand, certain supporting characters are treated with far more respect than you'd expect (such as Sanzu or Naraka). On the other hand, it is an otome game that fails to earnestly flesh out their romances.

The most problematic portion of the whole game is its "Soul Touch system" and the narrative context behind it. As a story device, Rinka is able to see glimpses of the past of those she physically touches. So, the more she touches them the more bits and pieces see into their past, however dark of a note they tend to end on (they all died after all). As brief as the almost text-only flashbacks are, they are generally effective at presenting their often heartbreaking past (which often come across as more grounded than you would expect.) and why they act the way they do at Nevaeh Academy.

Unfortunately, prior to the flashback scenes themselves, the Vita continues to retain its unfortunate reputation of awkward touch-screen mini-games: complete with forced ecstasy moans, random disappearing clothing, and not-so-subtle visual implications (....despite them not actually doing it. It's soul touching after all!). Worst of all is that these touch-screen only portions are literally the difference between a good ending and a bad one. While it's generally pretty easy to get the good ending for most characters I did stumble upon a bad ending accidentally (for "White Mask" in particular) and was totally baffled what I did wrong at the time because I apparently did not touch the right spots enough. 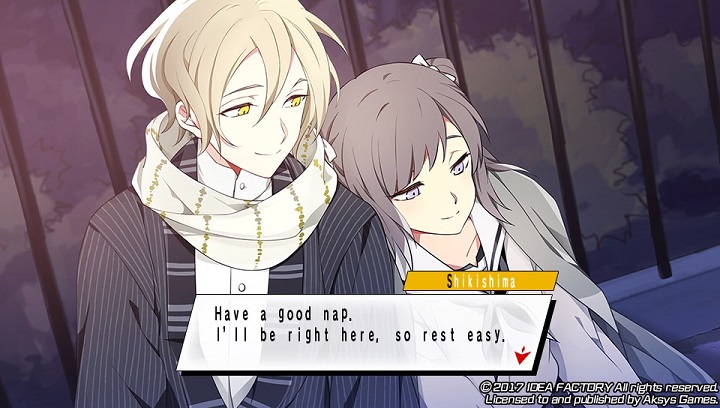 Awkward mini-games and questionable visual implications aside, my biggest problem with the whole Soul Touch System is that it comes across as a really cheap escape from having proper character and romantic development. The main heroine spends a whole lot of time complaining about how empty or boring she is then and then, oops, upon often accidental physical contact with [character route of choice] she discovers she has sympathy towards their various tragic backstories prior to their death. They don't tell her about their past directly, or really open up as characters, the romances just kind of happen because she learns their past. Rinse and repeat this process multiple times per character and it all feels like the least sincere approach they could have taken with their would-be romances possible.

I do not want to sound totally down on the game. There are certain aspects it handles well. The Japanese voice-acting, in particular, is top-notch and has some rather prolific vocal talents.

I was quite impressed by Akira Ishida's dynamic performance when playing the seemingly calm and collected male lead (and my own personal favorite route), Shikishima, as well as Tomokazu Sugita voicing the eccentric side character teacher "Mr.Rabbit" that makes about as many hare-themed puns as Zero for Virtue Last Reward. Also, something that grew on me over time is the art style as well. As much as I may like the overly detailed art style of games like Collar X Malice I came to appreciate Bad Apple Wars' very colorful art style and its water-color approach to the background environment. Though it is unfortunate that the bizarre text font choice that makes the moment to moment reading awkward, which was also seemingly made with style over practical substance. 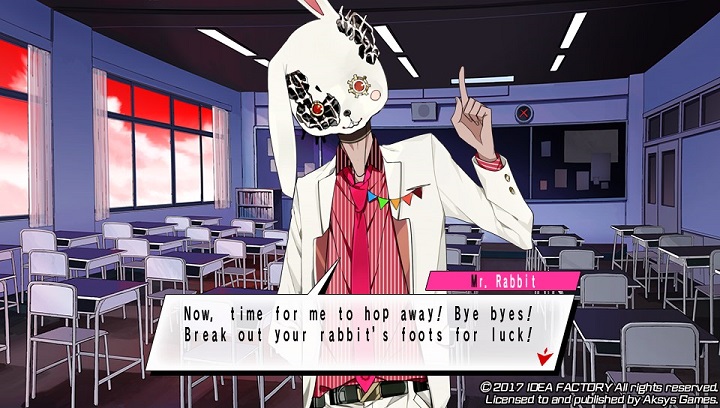 For as unique and stylish as Bad Apple Wars appears on the surface it only serves to prove that it is much more shallow and derivative experience over time. And frankly, for how much repetition there is between each story route, one needs not justify spending that much time with the main cast while playing it, just like the game does. Bad Apple Wars is neither a bad visual novel nor a good one, but rather a thoroughly unremarkable one. However, in a year with no shortage of worthwhile visual novel offerings, otome or otherwise, Bad Apple Wars does not succeed in graduating alongside with them.

- Many story themes are shamelessly derivative of the anime Angel Beats

- Really awkward touchscreen portions, with very poor narrative context behind them, that for some reason decide actual endings

- What is with the in-game font?

Bad Apples Wars is a disappointing visual novel offering from Otomate that really seems to emphasize style over substance and is only really worth passing glance if one has somehow exhausted their visual novel options on Sony's gaming handheld.