The Muv-Luv series may be one of the more surprising success stories on Kickstarter. Gathering over one million dollars in Kickstarter donations for an official localization is more than enough proof that the two-decade-old visual novel series certainly has a passionate fandom behind it. Yet, those that did already have a preexisting attachment to Muv-Luv had to wait until 2016 for the official PQube PC release.

This year, Sony's PlayStation Vita has seemingly been resuscitated for the same reason, but before getting to the highly acclaimed finale that is Muv-Luv Alternative (which will be reviewed separately), series newcomers are best served by playing the original and separate retail release that is simply called Muv-Luv for reasoning that may not pop into one's brain right away. 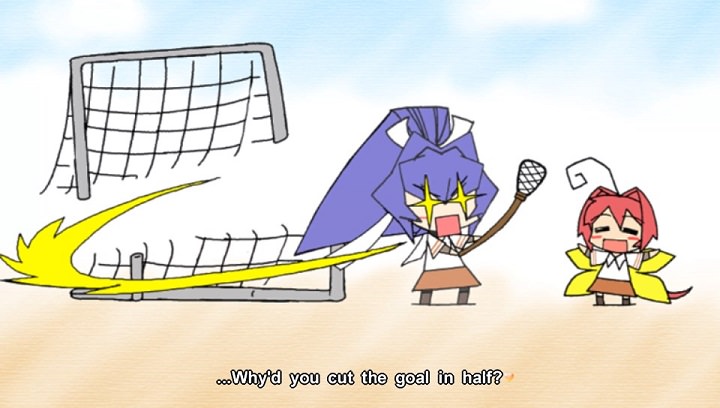 The first game, commonly referred to as "Muv-Luv Extra", has a setup that frankly feels like it was ripped out of a time capsule contributed by nearly every early 2000's era romantic comedy anime. You have your high school setting backdrop full of romantic interests like the childhood friend, Sumika, to the incredibly rich yet socially awkward, Meiya, that attempt to vie for the affection of the completely oblivious main guy.

Muv-Luv Extra absolutely thrives on its often lighthearted enthusiasm above all else. The humor is frequently slapstick and is complemented by very expressive anime character portraits that are honestly much more lively than most visual novels nowadays, which is impressive. It will easily go from the typical mouth flaps and blinking eyes of many visual novels, exaggerated camera panning, to random chibi expressions at the drop of a hat to emphasize the punchline to nearly every joke. Even when not all of the jokes hit their mark (some, uh... out of touch heteronormative perspectives/perverted gags from the obnoxious main dude included), there is a genuine energy to it that makes it entertaining to go through it regardless. 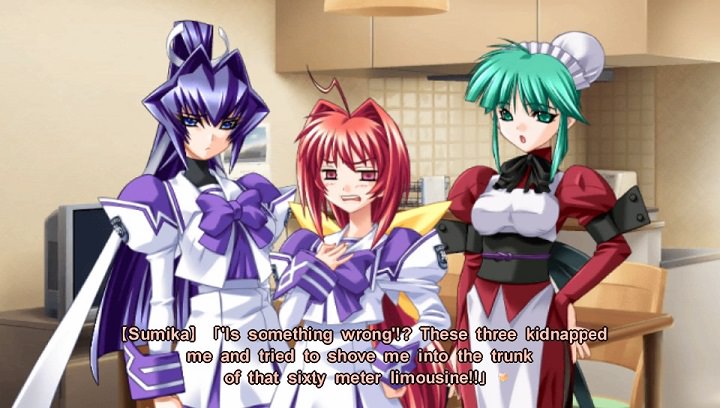 That said, Muv-Luv Extra is pretty simple for visual novel standards. Narrative choices are rarely more complex than picking whose bento you want to eat for lunch and staying committed to one of the five wooable heroines to reach their potential ending. Even then, though, there is a clear discrepancy in importance (and likability) with Meiya and Sumika versus nearly everyone else, despite me being a fan of Kei's deadpan humor. Most characters also do not necessarily have much depth to them beyond their apparent anime character tropes making it difficult to justify going beyond seeing the ends of the primary two heroines. It is almost hard to believe that one can really do much with this simple cast of characters for more than one game despite them being likable enough in Muv-Luv Extra.

Well, as it turns out, all you need to freshen up the experience is a dramatically different setting in which mankind is on the brink of extinction due to an alien race called the "BETA" in an alternate sci-fi Japan. This is where Muv-Luv Unlimited comes into play which is a separate game despite featuring many familiar faces. And, believe it or not, it is actually a direct sequel to Muv-Luv Extra as well. The reasoning to this, of course, is a spoiler but is partially made clear to the player immediately upon starting up Muv-Luv Unlimited's tale. 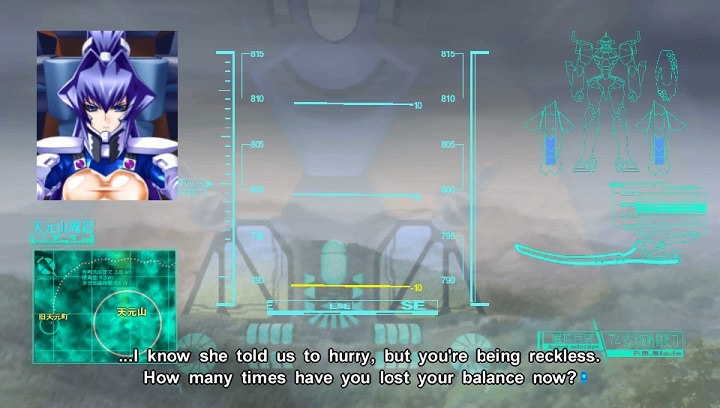 Muv-Luv Unlimited is the starting point of why the Muv-Luv series was so subversive back in 2003 and gives people a taste of why the series is so beloved. Players immediately question everything they thought they knew in Muv-Luv Extra from the entirely new world to characters. It is compelling to see much more in-depth world-building like the eerie alternate timeline of World War II, the inner-workings of its many sci-fi elements, to higher-brow story concepts for a cast that once cared about little more than high school romance.

The biggest problem, however, is that the storytelling itself is very incomplete. There is a lot meandering day to day (under the guise of team building) which was fine in Muv-Luv Extra but feels tonally dissonant with the apocalyptic pretense of Muv-Luv Unlimited. In addition to this are many clearly important story devices that are kept an incredibly tight lip on and frankly will not be answered for players until Muv-Luv Alternative. To rub the most salt on the wound in regards to pacing are, undoubtedly, the many fanservice scenes that stem from its original erotic game roots despite being the "All-Ages" version. Maybe it is just me but when five billion humans have been killed by the BETA I have a difficult time finding an anime beach scene appropriate in the slightest for these lead military cadets training to combat them. 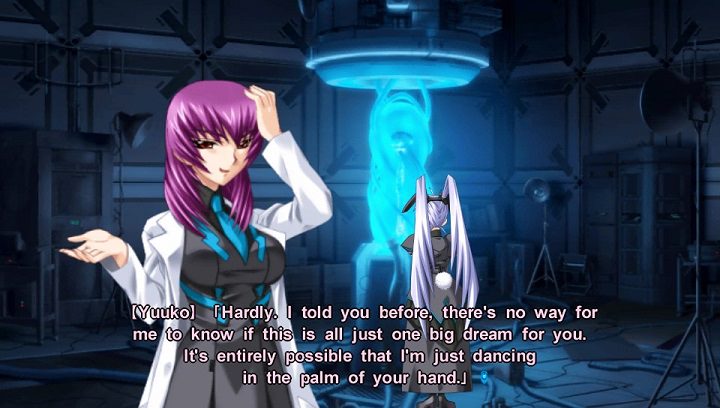 The original Muv-Luv is a tricky visual novel to judge. By themselves, both Muv-Luv Extra and Muv-Luv Unlimited are decent enough visual novels, but neither are nuanced enough to be all that remarkable. Muv-Luv Extra being a perky romantic comedy full of charm while Muv-Luv Unlimited is a subversive take on the once familiar cast of characters and sets the stage for a far more intriguing sci-fi setup. Unfortunately, both titles are rife with rough edges regarding pacing, anime tropes, and lack of story resolution. As parts of a grander tale, however, both games do just enough to trigger one's curiosity and, hopefully, such patience is rewarded whenever one gets around to playing the highly regarded trilogy finale of Muv-Luv Alternative.

- Many rather cliche story beats throughout

- Recycled music between both games is disappointing