Every day we read the news from newspapers, magazines, blogs, articles, the internet, etc. and find ourselves enjoying what were interested in reading. One area that we love to read is the gaming industry. There are many fascinating news from new games in development, reviews, previews, and many more. We get excited for pretty much anything that aims towards us. Throughout the years gaming has been growing and people from all age groups enjoy them. I do the same thing when I wake up. First thing I do is go to Game Podunk to read Marcus“s news blog and then look at other gaming sites for the latest news. What I“ve noticed the recent trend lately is that whenever there is announcement for something big, it eventually leaks or ruins the surprise. The question that comes in mind about gaming news is that have they ruined the surprises and reveals to us? I say somewhat in some ways because the feeling of excitement of surprise disappears quickly. I will discuss some samples that ruins reveals in some areas of what leads to revealing. When a new game is being announced, were not sure what it is and the developer/studio would give out hints by talking about what type of game it is, gameplay, story, etc. Gaming sites would post articles explaining what it is and sometimes even post a date to release more information like trailers, images, and footage. The idea they do is hyping the news up to get us ready for the big reveal. We love to get that anticipated feeling of the surprise. It is like opening a gift on Christmas morning. 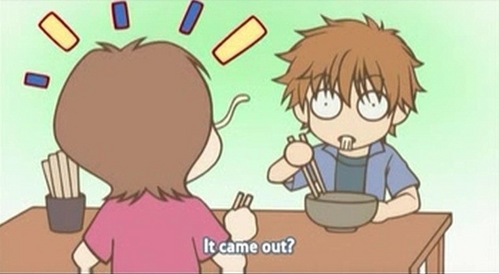 What?! The game came out?! Dude when was that JRPG announced?!

Trailer leaks or footage are one of the biggest and easiest things to ruin surprises. Anyone can take a trailer that is supposed to debut in the future and leak it around the internet. For example Assassin“s Creed IV: Black Flag trailer was supposed to debut on a certain date, but prior to that someone leaked the trailer on YouTube. Trailers give away a good set of what the game would be about. When I first heard the announcement, I was very excited and look forward to the debut trailer on the day they would show it, but having it leaked ruined the surprise and just felt like another trailer to check out. Trailers make the game look and when it releases it can be a surprise hit, but sometimes the actual game can ruin the hype and be a possible disappointment. Footage is another thing that can ruin the moment. I mean a demo is good enough to get a taste of what the game is all about, but having leaked footage of most or some of the game can affect the gamer“s feelings towards it. Too much recorded footage can reveal a lot about the game.

Images can be revealing to what is being created in the process. Some are real and some are fake. We read articles that describes what is in development and talk about what features it will have. For example the PS4 had many talks of what they have and there would be many different pictures on the internet to see what it looks like. When Sony would announce they would have a PS4 announcement on a certain date, images of what the console would look like spreaded around the net. I was looking forward to the announcement, but the urge to look at leaked stuff is tempting. The leaked image of the PS4 controller had everyone even excited for the PS4 announcement show, but in the end nothing much was shown other than the games. Not even the console was shown. The leaked image felt like an early surprise that was only needed to be seen once and wait for the big reveal at E3. I think it was better to show reveal the whole thing at E3 than teasing us with a little show. Either way it“s alright. It gets us more excited about the PS4. Why did you spoil, you jerk!?

Discussions and comments in the news can spoil the surprises as well. Every news article would have a comment section below to have the society discuss about the latest news in gaming. Spoilers are a huge part of the comment section as there can be jerks that spoil the game for others. Besides that most of the articles do a great job warning readers for possible spoilers and what they will talk about before having you to proceed to move on with the story. This is why having a discussion board is very useful to see threads that talk about the surprise that can lead to the big revealing. It helps out the community to have a gathering of opinions and theories on what the surprise could possibly be. It is fun to discuss theories and predictions that can be right or wrong. Am I ready to be revealed yet? I want to surprise the kid

Gaming news has somewhat ruined many surprises and reveals leading up to exciting announcements. I feel that people should not leak stuff and when it does, it seems to be a waste of excitement. The surprises and reveals in gaming is like Christmas for everyone. We get excited to open the announcement and reveals that has our minds looking forward to the news. I think what the gaming news sites should do is instead of making an article based on everything, they should release little information and add more through the later days going into the final reveal. As time would go by before the reveal, we would be making speculations, predictions, and opinions what it could be and how it would be great or bad. Most of the time it isn“t as bad as it is and it“s just depending on yourself if you want to get spoiled or not. We have a choice of ruining it ourselves or patiently wait for the reveal.