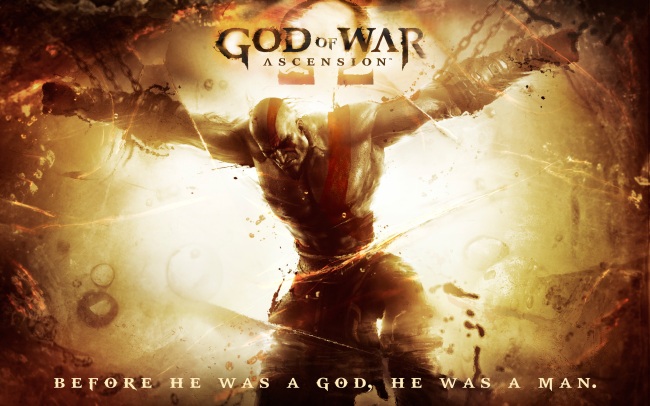 The God of War series is a very good franchise for Sony and their games have been amazing filled with many epic battles, moments, characters, etc. In this game we learned about Krato's story that leads up to the events of the first God of War game. Before he was a god, he was a man. Like previous games, the game opens up with an epic boss battle, but it was somewhat not better than the others.

The opening battle starts with the one of the demonic sisters Megaera of the Furies imprisoning Kratos and escape with QTE battle event. After doing this, you go through chasing her and eventually come across the giant mythological creature which is the size of most colossal monsters in past games. This one wasn“t the best out of the previous titles; bit was still fun going through chaos fighting against it to start the game in a fun way.

The combat system was actually very easy to manage throughout the game. Upgrades for weapons and magic were never a problem and it was easy to max out by the end of the game. Pulling off combos with the weapons was pretty basic with a few more button mashing. Various weapons are received as well from Blades of Chaos which is the first weapon to start off with to nice upgrades like different elemental weapons such as the Fire of Ares, Ice of Poseidon, Lightning of Zeus, and finally the Soul of Hades. Each of these weapons also has some rewards using them to defeat enemies. For example Zeus“s weapon, you receive blue orbs to restore some magic and Hades give you green for health. Others can give you red orbs for experience for upgrading and such. The more you upgrade the more combination attacks you“ll unlock so they are helpful.

Aside from the main weapons, there are secondary weapons that can be used from javelins, swords, and shields. These are very useful to help out against enemies while using your main weapons. They can be good for short and long ranged attacks. After the weapons we look into the magic ability. To unlock the magic ability you have to upgrade the weapons a bit because each main weapon you have has a magic ability that is used like a special attack move or a god like power from that god“s weapon. For example Zeus“s weapon can charge a magical electric attack that shocks all enemies near you. The others you will have to find out more when you play it. I loved using them as it helps a lot for tougher crowds of enemies. Always use them wisely as you can“t just spam them. It“s best to use it only for serious crucial moments and the magic is limited unless you fully upgrade.

Like previous games the rage ability is included which is activated by attacking enemies to fill up the gauge. The difference between this one and the previous is that for this ability, when you get attacked or hit, the gauge resets and the rage ability is no more when activated or building up. It is a pain to fill up the gauge without attacking so it made the game a little frustrating when facing a horde of enemies.

Navigating through puzzles to get to the next area features amulets that Kratos picks up later in the game. Those key items can control structures to decay or rebuild a piece of the area to move onto the next place and/or unlock hidden areas to find key upgrade items for health and magic. You can even use the abilities against enemies from attacking you or delay them a bit for your next move.

After the beginning of the game and battling the giant creature the game goes back to the past three weeks to what lead up to the beginning of the game. Throughout the journey, Kratos encountered areas leading up to the best parts in the Statue of Apollo late in the game. The game is actually quite easy for the most part. Checkpoints save the game in the right moments and the treasure chests of health and magic have enough scattered throughout the levels. I usually go to every place to look around for stuff before moving on.

The enemies can be challenging to beat, but they“re not that hard to beat when you have to use your weapons and use your abilities. Strategizing helps and figuring out style you feel suits your playing to beat the enemies. Although there was one part in the game that got me frustrated and angry that took a while to get past. I know a lot of people will know about this since I“ve heard the same things from other gamers. At one point in the game there is a part called the Trials of Archimedes which is a little event to go through waves of enemies to get to the next area. At this point Kratos should have a good enough upgraded health and magic because this was a pain. This trial was the most difficult part of the game for me since it took me a while to beat. The bad thing about it is that there are no checkpoints in the waves and you have to beat all of the waves with the health and magic you have. It took me many tries and finally getting past it with the strategy I used. The part will be a pain when you get to it so try to use many different strategies and find the right one to get past it. It was quite the challenge indeed. 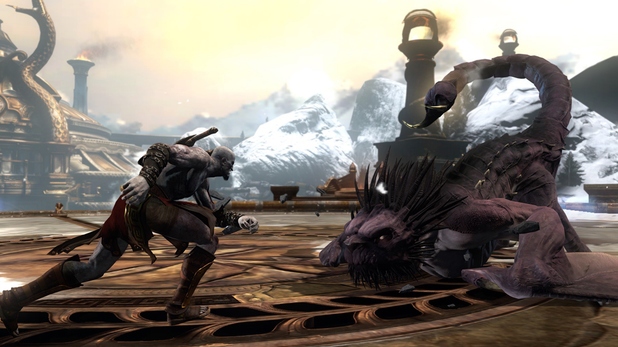 Overall the story isn“t epic as the previous, but it“s still an interesting tale to listen to. We pretty much know what Kratos will be doing and the events prior so I felt that this prequel was not really needed. The narrative is mediocre at best, but not that bad. Most of the enemies weren“t that tough, but they seem to be easy to defeat. My thoughts on the villains for this game are that they didn“t really deliver much since the Furies are not as big as Zeus and the other Gods. This entire game felt like a warm up. Either way this game was a lot of fun because it is God of War and good entry for the fans.

A new idea in this game is the multiplayer. It“s a brand new addition to the series that has everyone pit against each other with god-like powers. The mode starts off with your character actually appearing from the single player story during a scene near the beginning of the campaign. When you are introduced, you go through obvious learning the controls. There are four different Gods with Ares, Zeus, Hades, and Poseidon that you can team up with and each of them have unique style of combat with different abilities.

There are 4 modes in the multiplayer which are â€œFavor of the Godsâ€ which is two teams going against each other earning points by capturing bases, opening chests, killing your opponents, and getting key items, â€œMatch of Championsâ€ which is a death match free for all to decide who“s the champion at the end of the match, â€œTrial of the Godsâ€ a mode for single player or co-op time trial mode where you are pit against waves of enemies followed by a boss battle, and finally â€œCapture the Flagâ€ which of course the Spartans and Trojans compete against each other by stealing the opposing team“s flag and return to their base to capture it for points.

Overall the multiplayer can be fun, but at times you need to master many techniques to be good. I personally do a terrible job playing the multiplayer. It has moments that can have a fun experience and earning rewards for upgrades and skills is great for your character customization. The experienced points are gained on how you finished the match like the first place gets the highest and less for the lowest. It“s a good attempt to add the multiplayer to the series, but honestly it“s not really needed and felt that the God of War experience is good for campaigns and single player adventure.

+Presentation of the Game

+Combat system is fun and easy

- Multiplayer is a hit and miss

- Story not as epic as the previous

I felt the game overall isn't the best out of the previous, but it is still fun. Really enjoyed the combat system and it was very easy to manage. Multiplayer is somewhat good and fun at times. I recommend playing the game if you're a God of War fan and enjoy the series. I wouldn't recommend buying it at full price. I would probably say pick it up around $15 or less. It's an easy game that can be beaten in in 10 hours or less.