(So, I recently made an extremely long reply to a news article pertaining to this game possibly being added to Steam. After conversing with a few friends and reviewing the post I decided to make the post into an actual review. It is my first of hopefully many for the site and I haven't really written one in a while, so if you believe I can do better, please message or speak with me detailing how I can be a better reviewer.)

Record of Agarest War can be easily described to those whom haven't played it before. Imagine Disgaea was combined with the most simple aspects of a dating simulator. Throw in a few light side/ dark side decisions as well as some risque static pictures of girls scantily dressed just for some flavor too. The end result is a game that can be equal amounts of pain as it can be pleasure.

Pain feels like it sticks out a bit more obviously in the beginning, middle, and end of the game, however one cannot exist with out the other, or at least in this game they cannot. The intro to the game provides an interesting and fresh idea unheard of in the JRPG universe, in terms story that is. A general in an army decides to break orders to try and save a young elvish girl and is thrust into a destiny that forces him and his next four generations of children to fight an unknown evil. The story actually proves to be one of the most enticing things about the game.

That being said though, combat is where the game starts feeling a little bland, and in a Tactical JRPG, a bland combat system can doom it from the start. The grid based system should be all too familiar to people whom have played games like Disgaea and Final Fantasy Tactics, but the newer things, AP costs, SP, combined attacks, EX fields, feel a bit overwhelming and unmanageable until much later into the game.

Sadly, combat also fails to be much of an eye catcher as the beautifully rendered character models. Instead of hi-resolution models the characters and enemies look like PS2 era pixelated sprites, similar to the early Atelier games. 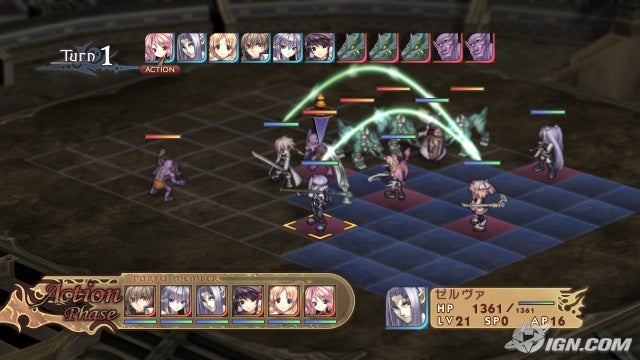 This aspect is relatively disappointing because when in town or conversing with party members involving the main story or just even purchasing things at the shop, they are represented by attractive character models. That being said though, after playing the game for long enough, the story and music and even the level of customization outweighs the sub-par graphic level.

Customization can even be seen as one of the highest and best parts of the game. Throughout the entirety of each of the five generations, the main hero, you, make choices that will result in different battles, different character relations, dialogue, and can even impact the next hero! For example, at the end of generation one, based on whom you decide to wed, if you can even, will result in a different character model, weapon types, and even skill affinity for the hero of the next generation. And luckily, this feature is apparent up until the very last generation.

An even further level of customization permits pertains to party members. Not only does each generation yield multiple heroes and heroines of different shapes, sizes, colors, and skill sets, but also monsters. Record of Agarest War has a unique monster capturing system introduced later on in which you actually use monsters in battle or in exchange for useful items and equipment. 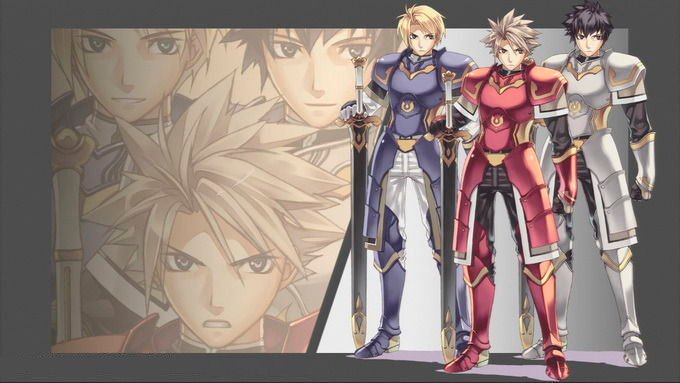 Unfortunately, being that there are five different generations, as well as a secret true ending generation, the game can start to feel like a massive time sink at times. Completion of generation one typically takes between 15-20 hours, and by the end of generation five, players are more than likely to be in the hundreds of hours. That doesn't even cover the end game content which can then stretch on even longer! Furthermore, plenty of the fights in the game can feel like they drag on, especially towards the end. Especially if the party you're using is under-leveled.

Generation five for example, can have multiple boss fights, single bouts, that lead into hour long wars, maybe even two depending on what the party's level is. Even random encounters in dungeons can lead into the half an hour region if you're not careful, and might not even yield even one level for any party member. Not to mention the game fails to explain what each level stat does or how each one works in sync with each character. If you're not careful, you could accidently turn a tank character into a glass water gun, instead of a rough power house.

Sadly, messing up character's stats early on in the game can almost make them useless for later on. In the end game especially, if any boss senses a weak character, they're usually the first target. Record of Agarest War can definitely be classified as a hard core JRPG in that sense, and very similar to Disgaea even as the game goes on, enemies stats, as well as damage output becomes so ridiculously high that in the end, the player will only be able to measure it as 'a lot,' or 'not enough.'

This aspect though made the last hundred or so hours more enjoyable, and even the start of the second play through. New Game Plus mode does exist for the game and it is glorious, almost enticing players to try again. If players choose to play on the same difficulty they will receive pretty much everything they had in the last play through, minus levels. If they choose to go up a difficulty tier then they will be able to retain money, extra skills, and upgrade points for characters and equipment. The player can also complete a certain in game tasks that will net them extra equipment, money, skills, and even upgrade points. What's really great about those is, all the rewards reset after a new game plus, but are still technically completed and just need you to claim the reward back at town.

All in all, Record of Agarest War had the potential to be something incredibly, truly redefining for the JRPG genre with it's intricate story and bride customization, but ultimately lacks the proper base components to make it amazing.

-PS2 Era graphics while in battle

-Not for casual JRPG Gamers

Record of Agarest War proves to be an okay JRPG with a ton content that will definitely soak up large sums of time. However, due to flaws with combat and non-newbie friendly battle systems, the game seems as though it can only really appeal to the hardcore Tactic style gamers.