Welcome to the eleventh week of my PokÃ©mon feature here on Game Podunk! In case you missed the last one, check it out! Stay tuned for future entries coming every Friday morning.

Just in case you've missed out so far, my Mew giveaway that started last week is still going! I won“t spend long talking about Mew this time, but the story of Mew and Mewtwo found in the PokÃ©mon Mansion on Cinnabar Island is actually what“s got me thinking.

The plot of every PokÃ©mon game has been pretty much the same, with the motivations of the mysterious trainer N and Black & White being the only real exception to the rule. But there are various subplots or hidden texts to find that are unique to each generation of games, and some of them are really interesting. The story of Mew (and Mewtwo) is a good example, as that“s one of the side stories that made the first generation of games unique. Heck, they even made a movie or two out of it for the PokÃ©mon anime adaptation!

The Johto region“s Ruins of Alph, Legendary Beasts, and Unowns made for an interesting side-story as well. I suppose you can count the secrets of the Regi trio as a good one for Hoenn (and the story of Sea Mauville certainly made Omega Ruby & Alpha Sapphire interesting, if not the entire Delta Episode). The Unova region has a side-story concerning the â€œswords of justiceâ€ and the mythical PokÃ©mon Keldeo (and need I mention the strange ghost girl?). If you dig deep enough, you can even find people knowledgeable about Thunderus, Tornadus and Landorus too. I“m a little hard-pressed to come up with a good subplot to find in the Kalos region because there“s so much more that makes that game unique. Because of the game“s focus on characterization and friendships between the people that travel with the main character, I don“t think there are many mysteries about the Kalos region itself. 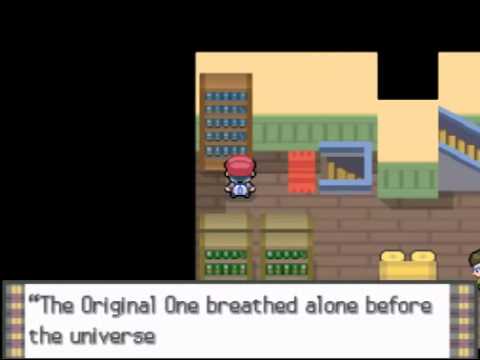 The subplot (and I guess place) I find the most interesting of the entire PokÃ©mon series, though, is actually the Sinnoh region“s Canalave Library. The texts you find within, particularly those on the top floor, are extremely philosophical in nature, and concern the lake guardians, a young swordsman encountering Giratina (this is one of the only references to him in Diamond & Pearl, with obviously much more explained in Platinum) and even how to properlyâ€¦. eat PokÃ©mon and dispose of their remains respectfully. I“ll probably take an entire Individual Values to talk about the various dark PokÃ©dex entries that exist for certain PokÃ©mon—especially the Ghost types. But if you“re looking for dark, philosophical texts outside of the PokÃ©dex, I think the Canalave Library is perhaps the finest example of these.

Which of the various side-stories, whether we“re talking Legendary PokÃ©mon mythology, minor characters, or anything I“ve just described, is your favorite? I“d love to hear your thoughts! Next week, I think I“ll focus on the overall narratives of each generation of games. So look forward to that!