Welcome to the fourteenth week of my PokÃ©mon feature here on Game Podunk! In case you missed the last one, check it out! Stay tuned for future entries coming every Friday morning. Also! I'm extending my Mew giveaway to give you guys more time to enter.

Battling in the PokÃ©mon series has come a long way, but trash-talking among friends has never changed. I remember learning about how to gain the edge over someone in a battle all the way back in Blue Version.

As kids, my friends learned about the MissingNo Cinnabar Island item duplication glitch pretty early on, and they would (of course) use it to get infinite rare candies. I had one friend in particular who would inflate his entire team to Lv100 from very low levels, then applaud himself for not having to grind like me—then when my PokÃ©mon who were twenty-five levels lower than his team won handily, he was confused.

That was the first time I“d seen the complexities of â€œcompetitive battlingâ€ up close, in execution. There was definitely a difference between actually raising your PokÃ©mon and...well...feeding them sweets. I have no idea how Individual Values and Effort Values worked back then, but...they were likely a thing, even if the first generation of PokÃ©mon games were fundamentally broken. (The Psychic type was pretty much invincible. Ice Beam was Super Effective against Charizard. Various other things happened during my recent Red Version playthrough that had me scratching my head, haha.)

Man oh man, though. Getting back into the PokÃ©mon franchise thanks to my girlfriend—playing FireRed for the first time and seeing how PokÃ©mon had Natures and radically different stats between species, before actually learning what all that meant—my first ever team that I went through Kanto with almost ten years ago would have been competitively useless, had I not learned about EVs before fully raising them.

It“s pretty crazy, getting into serious battling and learning to hold your own. There were guides and message boards and other tools I used, when first learning about all this stuff, that made me contemplate if all of this was worth it. It seemed super complex. I wondered if playing the game â€œseriouslyâ€ versus casually would ruin the fun, for me. And I know many of you feel the same way—heck, my girlfriend does. I like Gengar because he wrecks stuff. If you ask Holly what she likes about Gengar (she has a small little plush one on her keyring), she“ll tell you it“s because â€œhe“s purple and fat and cuteâ€.

I tried to raise a competitive team once. And I absolutely wrecked people, particularly in PokÃ©mon Battle Revolution when that was a thing, before jumping online could be done at the drop of a hat. That“s when I knew competitive battling was for me. I would always get a smile on my face when something ludicrous happened, like my little Pikachu holding her own against a ten year-old“s untrained Mewtwo, for example. Whenever players rage-quit and disconnect—a win may not be recorded in my game, but it“s definitely recorded in my heart.

Over the years, I've raised over fifty PokÃ©mon to be battle-ready. Even if mechanics change from one generation to the next, I still enjoy it! And hey, seriously battling has only gotten easier thanks to NPCs like â€œthe Judgeâ€ and Super Training introduced in X&Y that will carry on. 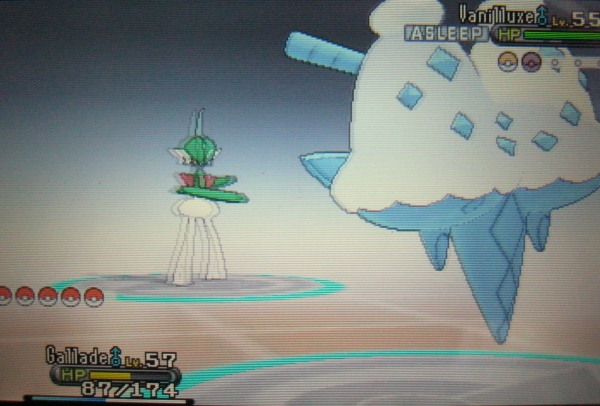 I“ve alluded to my friendship with Chris, AKA WildCardCorsair, in this feature before, back in Week Three when we talked about which generation of PokÃ©mon we all liked best. Our...um...â€friendly disagreementâ€ has only continued, whether on the Backwards Compatible podcast, or through yet another curse-word-filled exchange on Twitter. I feel like when I finally settle things with Chris, we“re going to go all out. I“ll make sure the loser gives money to Extra Life or some other charitable cause, of course! As always: PokÃ©mon Battles may continue to evolve, but trash-talking is forever~

Those of you who still regularly play PokÃ©mon: do you play competitively, or casually? Do you have any awesome battle memories, or friends you still battle with to this day? Tell me about them below!