Welcome to the seventeenth week of my PokÃ©mon feature here on Game Podunk! In case you missed the last one, check it out! Stay tuned for future entries coming every Friday morning. Also! I'm extending my Mew giveaway to give you guys more time to enter.

Are those of you who registered both versions of Smash 4 on Club Nintendo enjoying Mewtwo? I originally wanted to write this to celebrate the news of Hoopa and the Clash of Ages coming to Cartoon Network later this year, but since Mewtwo "stuck back" this week as well, I guess my purpose kills two birds with one stone. As I“ve mentioned in Individual Values' past, I don“t often deviate from the games to discuss the anime. But here it goes:

I am extremely familiar with the â€œIndigo Leagueâ€ chapter of the anime, because that“s from the time I was a kid and wildly into the series. My girlfriend and I recently rewatched all of it when it showed up on Netflix not too long ago; there“s that too. Still, because it“s gone on for so long...its characters haven“t really grown at all over its (extremely long) duration, so I fell off that wagon quite some time ago. That said...I make a point to watch all the movies whenever I come across them. I can typically handle Ash Ketchum“s world in short, two hour bursts...especially if it helps elaborate upon concepts from the game. See these? Everyone who“s played PokÃ©mon ORAS probably knows what they are, because they“re the means to encounter the game“s outside-the-story Legendary PokÃ©mon like Ho-Oh, Palkia and Reshiram. Now

for the new movie starring Hoopa. As the film will no doubt elaborate upon in great detail, Hoopa actually seems to be the force responsible for you being able to encounter these PokÃ©mon outside of their regions, and possibly outside of â€œthe canonâ€.

But...the game never talks about it, to my knowledge. Outside of the hacking scene, the world didn't know about Hoopa until Game Freak officially announced it. Will having Hoopa (who is no doubt going to be distributed via GameStop similar to past events) trigger some explanation of this phenomenon? Or is the film, as of yet, the only way to learn the true nature of these mysterious rings? 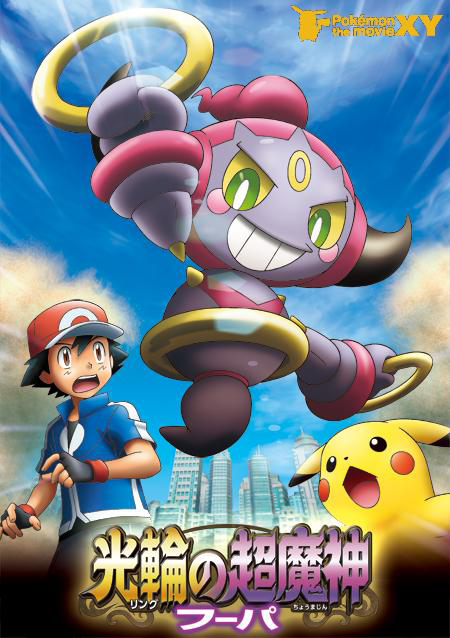 Stuff like this fascinates me. I actually have a whole Individual Values relating to in-game reactions to special PokÃ©mon written; I guess that tells you what to expect next week. Some of the movies have given real personalities to these legendary critters. Among my favorites are Mewtwo Strikes Back (of course), Giratina and the Sky Warrior (because Shaymin) and Celebi: Voice of the Forest.

I won“t spend too long going into detail describing why each movie is my favorite. Let“s just say I can appreciate the PokÃ©mon animation when it“s presented to me like a movie versus on an episode-by-episode basis. There“s less Team Rocket meddling or characterization of Ash and the people around him in favor of highlighting the titular PokÃ©mon and its interactions. I“ll always get behind that.

What movies are you all a fan of? Seen any besides the first two, which a lot of us probably remember fondly because we were all very young during their theatrical release? What do you think about this revelation regarding Hoopa and the strange rings found in PokÃ©mon ORAS? Be sure to share your thoughts!