Welcome to the ninth week of my PokÃ©mon feature here on Game Podunk! In case you missed the last one, check it out! Stay tuned for future entries coming every Friday morning.

The first PokÃ©mon game I ever owned was Blue Version, way back when the games were first released in 1998 and the â€œcrazeâ€ was just beginning to catch on. My twin brother and I had to share the same Game Boy and save file, until constant arguing (and maybe a holiday bonus?) lead to getting him Red Version and a Game Boy Pocket. A lot has happened, and while we traded in or sold our PokÃ©mon games, that Game Boy Pocket survived.

While my best friend was going through some of her old childhood stuff, she came across a bunch of PokÃ©mon cards and her old games. A combination of those events, TwitchPlaysPokÃ©mon (I“ll devote an entire piece to that eventually, believe me), and wanting to write something nostalgic like this led me to play through PokÃ©mon Red in March. While there is a myriad of things to write regarding Red Version alone, for now I“ll sum it up by saying this: For being â€œsameyâ€ across multiple generations in terms of plot and gameplay objectives, the PokÃ©mon series has come a long way since its beginning. Gen 1 didn“t even have a Move Deleter, for goodness sake. I had to live with teaching crucial critters on my team Strength, Flash and more!

I“ve always loved the handheld games, but I“d be lying if I didn“t say that playing through PokÃ©mon Stadium wasn“t a thing that absolutely captivated me. I could see my team brought to life on the big screen? This Transfer Pak in the Nintendo 64 could let me play my PokÃ©mon games on my TV? I never owned a Super Game Boy, so "yes please" was my answer.

That same friend I mentioned is my only way to relive my N64 days, too. I gave my console and all my games away to my little cousin eons ago when I got the Gamecube and Dreamcast. My friend and I would often play through Star Fox 64 and Mario Kart, but it wasn't until a few months after I“d finished Red Version that I noticed she also had PokÃ©mon Stadium and the Transfer Pak! I finally got the chance to bring her system and game back to my apartment, so I got to relive the game that captivated me almost exactly fifteen years ago. 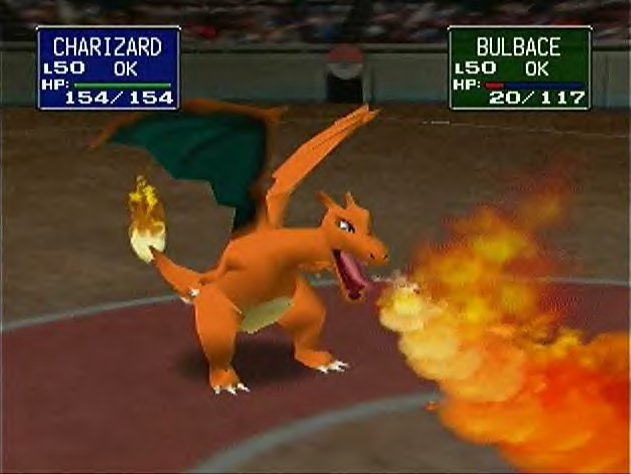 Not a lot has changed, as far as how PokÃ©mon battles work. So yes, there are quite a few comparisons to be drawn between PokÃ©mon Stadium and PokÃ©mon Battle Revolution, the last attempt at bringing your PokÃ©mon to the big screen to duke it out (over seven years old, at this point). There are quite a few things that make PokÃ©mon Stadium unique, though, such as the charming mini-games, the ability to teach your Yellow Version Pikachu "Surf" (instead of relegating it to some Event PokÃ©mon that you can“t nickname or call your own, really), the fight with Mewtwo at the endâ€¦

There“s a brief bit of nostalgia for you. Since it“s been so long since we last saw a traditional PokÃ©mon game on the big screen, I know a ton of folks are clamoring for a revival of PokÃ©mon Stadium on Wii U. Are any of you reading this among those hoping for more? If so, what makes PokÃ©mon Stadium memorable to you? Be sure to let us know!