Welcome to the forty-ninth week of my Pokémon feature here on Game Podunk! In case you missed the last one, check it out! Stay tuned for future entries coming every Friday.

[Ten] years ago, when we first started dating, I knew [Holly] was "the one" when a bunch of Pikachu plushies happened to fall from the top of her closet when I first saw her place. She doesn't play games all that much, but after that, we'd found our first major gaming-thing in common. And we both started playing through the Game Boy Advance games—me with FireRed and her with Sapphire. While her mission was just to get to the end of the story and explore the world with her favorites from childhood, I found myself making the same "promises" to myself as I did when I was a kid that day. My personal definition of Pokémon has expanded far beyond the typical childhood nostalgia to include various pieces and parts of my relationship, and where we were in life at the time of our last Pokémon journey.

On the night of December 4th, Holly and a small group of friends joined me in attending Pokémon Symphonic Evolutions, where we all experienced beautiful arrangements from every mainline Pokémon game up to X&Y. While I was obviously excited for the event, given my well-documented obsession with game music and appreciation for compositions in general, that night marked the culmination of things I'd been planning for several months. Before I get to that, though:

I've attended Symphony of the Goddesses twice in total, once in 2013 and again this past July. The philosophy I gleaned from the Zelda concert seemed to be how everyone involved wished to tell a story through music from multiple games. The repeated parts from each season of the concert mostly treated the showcased games (Ocarina of Time, Twilight Princess and more) like movies--telling a tale that focused on a particular theme. Ocarina of Time“s piece, for example, focused on friendship--particularly the one between Link and Saria. 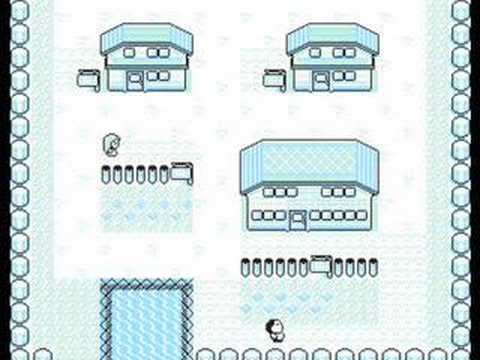 This is where things began.

If you've never attended Pokémon Symphonic Evolutions, and approach it thinking you'll hear every game“s major battle themes, Legendary themes, and Champion music--as they all tell a story of each game's hero like the Zelda concert would: think again. The Goddess Symphony definitely tells a story, while the Pokémon concert seemed far more focused on highlighting the best parts of each game“s region, much like my Region Spotlights have. I was in tears for a lot of the show, not only because I was getting engaged after it was over, but because many songs played during the concert were from the same spots I“d written about weeks or months before.

For example: You won’t hear Steven Stone’s battle theme if you attend the concert in its first season, but you will hear a song called "Fallen Ash"...that celebrates the melody heard on Route 113. There’s also the “Routes of Sinnoh” and “Ecruteak City” from those games, which were chosen over more expected picks. Still--don’t be dismayed. Many people’s favorite song from Gold & Silver was still given the best tribute I’ve ever heard, in an arrangement called “...”. The first half of the concert focused on the memories of the first games, while the second half definitely had a much more emotional sentiment. Arrangements from Black & White and XY definitely had a stronger focus on the feelings of important people versus places. Notable arrangements were from “The Day I Became King” and “An Eternal Prison”. Finally the encores were a big surprise. Rather than tell you what they were--I’ll simply say the entire audience was singing along--something you’d never expect to see or hear at an orchestra concert.

I actually don't want to review the Pokémon concert at length in this piece, because so much of what makes it special is the element of surprise. If you're a series fan, just go in expecting the unexpected, as far as musical arrangements go. The way the concert is set up has you eagerly anticipating what comes next. Rather than say, "We'll be playing these songs from these games," the emcee simply tells you where your journey will start and stop, leaving most of what you'll hear well-hidden.

At the beginning of each arrangement, the title of the song is revealed from two slow-moving doors that open from top and bottom. The names each arrangement is given should instantaneously give diehard fans the clue they need to figure out what music they'll hear. There were plenty of widespread claps before the music even started, from the moment each arrangement's title was revealed.

I really hope this concert series is met with enough success to warrant another season or two. While I was both surprised by and satisfied with everything I heard, certain key songs were definitely missing. I totally expected a focus on the new themes in ORAS like Zinnia’s battle theme, or the fact that you go into freaking space. And hearing a medley from the Pokémon spin-off games would have been nice, too. But hey: everything I heard was absolutely phenomenal. If a concert series leaves me wanting more, I guess that can only be a good thing!

At intermission, my friend Emily passed the ring she'd been keeping for me while I took a step outside the concert hall. I shoved the box into my suit coat, thinking it“d be easy to take out and transition to a smooth proposal where I'd be on one knee, saying all the right things to Holly and whatever crowd of people managed to form above us. While everything about proposing on the Grand Staircase at the venue went remarkably well thanks to me planning far ahead with key people and getting ushers to stop the crowds from heading down the stairs...welp. If you look closely at the picture of the defining moment, you'll see the ring box I'm holding is snapped completely in half. I botched the element of surprise (but caught some classic moments on video reserved for friends and family) because the damn box got stuck in my coat, haha! So the words I'd planned for that night were reduced to just a sentence or two hammering the point (words that were mostly drowned out by the cheering crowd, too):

For more than ten years, my now-fiance has accompanied me on many a journey. Whether we're having adventures in the real world or imagined ones, I'm elated to have her with me. (That artwork is courtesy of @LadyStarstorm. Thank you again, Christina.)