Welcome to the sixty-fifth week of my PokÃ©mon feature here on Game Podunk! In case you missed the last one, check it out! Stay tuned for future entries coming every Friday.

Now is your chance to grab Darkrai at participating GameStop stores. The last day to do so is March 24th. Every single Mythical PokÃ©mon will be distributed during a specific month for the remainder of this year. Now may be your only chance for a really long time, to actually catch them all!

I“ve got a few interesting tangents to go on in the coming weeks, as we get closer and closer to E3 2016. While it“s been confirmed that only the new Zelda will be playable, there“s still reasonable expectations that PokÃ©mon Sun & Moon will be shown in much greater detail there, as Mr. Masuda will be among the Cool People there. Funnily enough--so will Barrel and I! Back to the task at hand: My wild tangents have been put on hold, because there“s actually a few relevant things in May [and from before] that I should catch you lot up on.

First of all: if you“re reading this, and you own any recent PokÃ©mon games, you“ve got two more days left (deadline of May 8th, 2016) to connect your 3DS to the Internet and obtain the Legendary PokÃ©mon Zygarde via Mystery Gift (Get Via Internet from the Title Screen). There“s nothing particularly special about it, outside of its Original Trainer being â€œXYZâ€ and its caught location being something like â€œfrom the PokÃ©mon cartoonâ€. The real shining diamonds come later on in the month--when a Shiny Xerneas will be available by the same means from May 11th through 17th. And a Shiny Yveltal“s coming from May 20th through 26th. The Legendary PokÃ©mon of X & Y are â€œShiny Lockedâ€--meaning they can“t ever be caught Shiny in the wild. These Events for Xerneas and Yveltal are the only way you“ll ever see their Shiny variants without cheating. Here's a fancy trailer:

Like I mentioned at the front of this article: May is the month of Darkrai for the big #PokÃ©mon20 movement. You can grab codes at participating GameStops, and plushies & figurines while supplies last. Maybe act fast? But...Darkrai“s not the only Mystery Gift you“ll need codes to unlock this month! The Legendary Birds Articuno, Zapdos and Moltres are typically locked into the battle Ability â€œPressureâ€, which decreases its opponents PP by 2 instead of just 1 when a move is used. Variants of the birds with their Hidden Abilities are being distributed to North America in May by way of the PokÃ©mon Trainer Club Newsletter. You may recall the Special Demo Version of PokÃ©mon Omega Ruby & Alpha Sapphire was first distributed through these means! Articuno gains Snow Cloak, Zapdos gains Static, and Moltres gains Flame Body. Depending on how you shape the teams you put them on, it could make the birds more useful than ever before, in competitive battles! 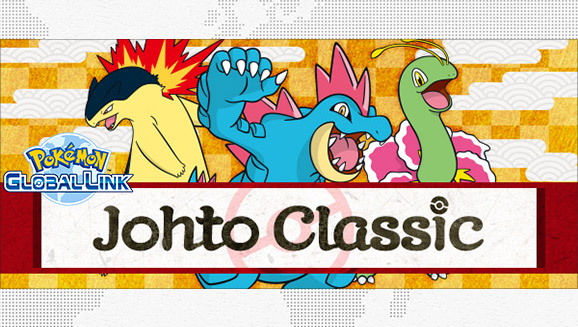 Oh, I“m not done, y“all. Remember the Kanto Classic competition? There“s going to be a Johto Classic one during the month of May. I“ve linked to the details--but the reward for participating is forthcoming. Not sure how varied the competition will be, since Blissey, Scizor and Skarmory are almost sure to rule the proverbial skies this time around. The news that the PokÃ©mon Virtual Console downloads sold a big ole boatload kind of makes me wonder if all this is positioning towards a re-release of PokÃ©mon Gold, Silver & Crystal on the 3DS Virtual Console. I suppose only time will tell!

I think that“ll do it for this week. I just want to make sure you“re all caught up with the crazy PokÃ©mon stuff going on this month in particular. Next week, I“ll address a comment I saw earlier, and maybe reveal another trick or two up my sleeve. Up to this point, the Mythical PokÃ©mon Train has featured Mew, Celebi, Jirachi, and now Darkrai. Manaphy, Shaymin, Arceus and many more are to come!

What I cover next week might lead to a few Snap decisions.